Big game developers adopting NFTs: A list of the ones you should know As a collector, you should know that many of the biggest game developers adopt NFTs as a new monetization strategy. But the idea is controversial among gamers. Steam has banned NFT-based games for its platform, while its Rival Epic is embracing the concept.

What are the major game developers doing?

As reported by IGN , the gaming giant is looking to explore the potential of blockchain gaming in a significant way with future projects. CEO Yves Guillemot and CFO Frédérick Duguet discussed the controversial subject while speaking on the investor conference call.

Specifically, Duguet described how using NFTs and the blockchain "will enable more play-to-earn that will enable more players actually to earn content, own content, and we think it's going to grow the industry quite a lot." While that comment seems relatively vague and non-committal, he went on to say how Ubisoft's ambitions are to be at the top of the tree when it comes to this growing area of the industry.

Ubisoft is an investor in Animoca Brands , a blockchain gaming company that recently had a round of funding that brought in $65 million. Animoca has had considerable success in the NFT market with The Sandbox . This week, The Sandbox raised an additional $93M to expand its metaverse.

Game publisher Electronic Arts (EA) has told investors that collectible NFTs are "an important part of the future of our industry". EA CEO Andrew Wilson was asked about the company's stance on "play-to-earn" games and NFTs. "I think the play to earn or the NFT conversation is still really, really early," he said. 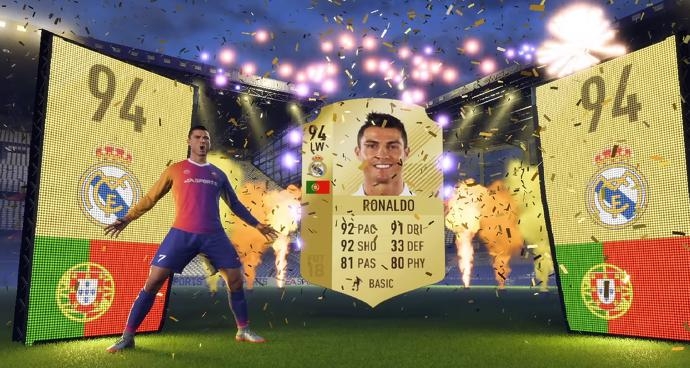 It's not difficult to draw a line from the collectible cards in FIFA Ultimate Team, which players attain, to NFTs. Imagine opening a loot box and having a percentage chance to win an NFT Ronaldo card backed by a BALLS cryptocurrency or similar.

The head of GTA parent company Take-Two has shared his thoughts on two of the most buzzworthy topics in technology right now: the metaverse and NFTs. Speaking to GI.biz , Strauss Zelnick said the metaverse is already here, with GTA Online being an excellent example of it, while he said he is a "big believer" in NFTs and how they could shake things up in the gaming world.

As for NFTs, or non-fungible tokens, Zelnick is very optimistic.

"If you believe in collectible physical goods, I don't know why you wouldn't believe in collectible digital goods," Zelnick says. "And blockchain authorization, which is what an NFT really is, is one way--not the only way--to authenticate the fact something is singular is rare."These cases are perfectly simple and easy to distinguish. In a free hour, when our power of choice is untrammelled and when nothing prevents our being able to do what we like best, every pleasure is to be welcomed and every pain avoided.

Between the lines: Now that loot boxes have caused controversy in many countries around the globe, including the U.S, Germany, and the U.K, developers are looking for different ways to monetize their games. Are NFTs becoming the "new" loot boxes? I don't think so. There are many ways to earn revenue from a video game, and publishers are always looking for new ways to make their games more appealing to their fans.

What's next: Expect to keep hearing about significant investments in NFT gaming.

© 2021 CryptoCollectibles - Every week, we email you a hand-picked list of interesting, fun, and valuable NFTs. We do all the work, so you don't have to spend hours searching the web. From Art Blocks to rare Pepes, we've got you covered.

Publications are solely for information purposes. The information does not constitute investment recommendation, nor is it an investment, legal, or tax advice or an offer or solicitation to purchase or sell any non-fungible token. All investments involve risk, including the loss of principal, and past performance does not guarantee future results.